What Parents Need To Know About Kids and Dirt

What Parents Need To Know About Kids and Dirt 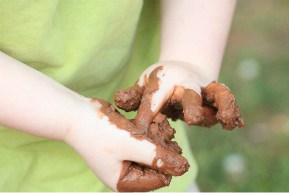 What Parents Need To Know About Kids And Dirt

As a parent, it can be more than a bit unnerving in having to deal with all the strange things that kids do. As spring comes around and children who have been cooped up indoors all year take to the backyard, playgrounds, and parks parent may observe some very perplexing and potentially concerning behaviors.

Children, especially toddlers, are very likely to be learning about the world around them for the first time. This often includes putting things in their mouth, including things like dirt and mud. As a parent, your first instinct may be to rush your child to the hospital, but the behavior, if a rare incident, may not be any reason for concern.

Believe it or not, the EPA or Environmental Protection Agency of the United States has actually completed a study on the prevalence of children eating dirt. They have discovered that about 20% of all normal, healthy and well-adjusted children will eat approximately one teaspoon of dirt sometime before the age of three.

When children are tasting and sampling small amounts of soil it is typically natural curiosity about the world around them. This behavior should be minimal and should not be part of a pattern. In addition, children will often put other objects in their mouths such as toys, sticks, rocks and even dirty hands that may also have some quantity of soil on their surface.

There is some natural and real concern in children eating soil, dirt, mud, sand or dust. The biggest issue is contamination with pesticides, herbicides and heavy metals that can be present in any soil.

With a small amount of soil this is typically not a health issue. However, if the child continues to eat soil or other non-food items it is important to contact your family medicine doctor immediately for advice.

If you have pets such as cats or dogs, there is an increased risk there may be parasites in the soil. Not all parasites of dogs or cats can be passed to humans, but some can. Treating your pets regularly for worms and parasites can reduce this risk to almost zero. It is also critical to keep the yard free of any animal waste.

As a parent, talk to your doctor if you notice any signs of a child eating dirt. In the vast majority of cases it is just normal experimentation, but you and your doctor can ensure that the child is safe and is not at risk for any possible health issues from the consumption of soil.